—Important in theory and good for practice—

Black lives matter! — demonstrations are taking place in countless cities on multiple continents. People are taking to the streets in memory of George Floyd and others to call for an end to racist violence. In Germany the terrorist attack in Hanau has shocked and unsettled precisely those who are affected by racism. Many fear becoming the object of violence themselves.

Racism is a violation of human rights. It includes the fostering of fear, or any action that has the purpose or effect of nullifying or impairing the recognition, enjoyment or exercise of human rights, according to the UN Convention on the Elimination of All Forms of Racial Discrimination (ICERD) adopted in 1969. 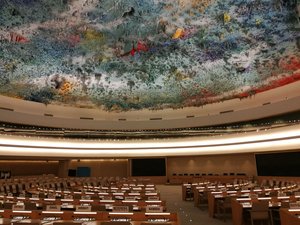 Where are human rights discussed?

Women’s rights have also long since been recognized in international law, but the actual implementation thereof is still difficult everywhere. LGBTI people are also expressly recognized as holders of human rights. What international law clearly states is often still unknown or disputed or hotly debated in practice. But where exactly do such discussions on human rights take place? In everyday life, one might think. Yet who says in a café or on a train, “Hey, you’re violating my human right according to article 3 of the UN Universal Declaration of Human Rights and principle 4 of the Yogyakarta Principles, and your actions also contravene the Convention on the Elimination of all Forms of Discrimination against Women”?

International human rights agreements constitute the theory which is so hugely important in practice.

All human rights activists on every continent know how important international agreements are, how they work, and also how they are ignored and distorted everywhere. But that knowledge generally has a low profile. Most people usually do not hear about the relevant international discussions and who is involved. These discussions take place within an international framework of multilateral organizations. Human rights – i.e. the recognition thereof, the implementation thereof, and evaluations of that implementation – are a constant topic at international meetings, in UN bodies, and in government reports by the signatory countries as well as in parallel reports by civil society. 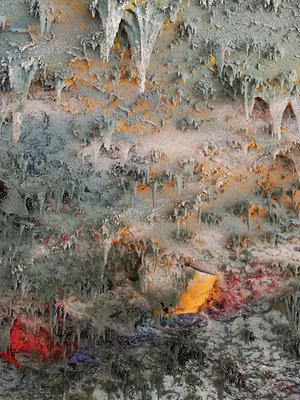 That is where discussions are held on what rights we have, and also where major disputes take place about the recognition and interpretation of human rights. This all might seem complicated and abstract. But we at the Hirschfeld-Eddy Foundation want to change that – with a new project that shows how these debates directly affect our lives and everyday reality for LGBTI people throughout the world.

A project called “International debates on human rights – Information and participation from an LGBTI perspective” was launched in May 2020 with support from the Federal Ministry of Justice (BMJV). The project has three major topics: the Beijing+25 process on women’s rights, LGBTI issues at the UN Human Rights Council, and the UN anti-racism convention ICERD.

Civil society, i.e. non-governmental organizations (NGOs), play a very important role in the recognition and acceptance of human rights. Many people do not realize this and do not see the work done by NGOs. Instead, they incorrectly assume that human rights are handled exclusively by governments. We want to show how important the role of civil society is, and that some astonishing international coalitions are forming to combat some human rights – coalitions that are working intensively to foster a backlash.

The first two events for this project took place in May as online seminars due to Covid-19: an introduction to sexual and reproductive health and rights, and a seminar on the Beijing Platform for Action on women’s rights.

Please find more information on the LSVD blog (Tag » HR-2020 ) and soon on this website.