HES · MOMENTS OF SOLIDARITY BETWEEN PEOPLE WITH DIFFERENT INTERSECTIONAL STRUGGLES

For the last two years Europe’s border have slammed open and shut. Conversations revolve around who’s had all their vaccinations and who has not. Positions are hardening. The coronavirus has given Europe’s citizens a taste of how unpredictable the world can turn.

Who belongs in Europe and who is policed, categorised as eternally foreign? How do young, diasporic queer people survive and flourish in spite of the struggles they face? What strands do film making, political activism, fashion business, permaculture, vogue art, movement education, offer? For a month I have listened to six young people weave words into magic. Without ever meeting in the physical world Shawn Mugisha, Sofia, Lineo, Akosua Twinwaah Amponsah , Zoe Aishatu, and Fairygutz shared hopes, visions, and  strategies to build communities of resistance and magnificent joy. And they need that joy in order to face the dangers of precarity in a Europe that’s turned hostile over the last thirty years.

In recent times a high-level politician in the German federal ministry for cooperation and development (BMZ), took up a repulsive idea proposed by a Nobel prize winning economist, to lease land in African countries and establish new colonial territories powered by the labour of stateless refugees. Many people in the wider public found the idea of such “citadel cities,” a practical response to what is described as Europe’s “refugee crisis.” Open a newspaper and you might be in the 1990’s. The headlines hold a barely concealed panic.

Meanwhile people in the global majority continue to seek a route out of the COVID19 pandemic without first or second vaccinations.  In Germany, vaccine stockpiles have had to be destroyed rather than donated to global majority countries where the vaccine prices are higher than in Europe and where the supplies are more scarce.

A crisis for peopleseekingrefuge on Europe’s Mediterranean borders is being interpreted as a crisis for Europe. Achille Mbembe, the Cameroonian philosopher and academic has called this most recent neocolonial geopolitics, “necropolitics.” You can tell if people are on one or the other side of the climate divides, by whether they talk about “unequal distribution of wealth” or “overpopulation.”

The young activists have many stories to tell. The dry logics of capitalism are brought to life by human details: the recipes, the dreams that forge connections within and between blood and chosen families.

For Shawn Mugisha, and Akosua Twinwaah Amponsah the anti-LGBTIQ legislation in Uganda and and Ghana, are no mere ideas. Hostility to queer people can range from cold stares, to denial of services to which people are entitled or in the most extreme cases, lives lost to violence. Queer-phobia is a grim reality world-wide. Recently the European Commission began legal action against Hungary and Poland for violations of fundamental rights.

Every gigantic endeavour begins with an act of the imagination. The young people are generous and share with us the texture of their lives. Sofia says: whole families might take their belongings and move to the same city together, and then move on a generation later. Some people might put down roots in new soil and stay. Individuals might go off to look for work, or love, stragglers might get left behind. Shawn shares the special taste that specific soils, give to bananas. Fairy Gutz talks about solidarity among creatives who face closed doors and racism in the field of dance. The activists make strong demands of themselves and the societies they live in.

“Everyone everywhere should decolonise everything in their own specific ways. And Kill the [anti-LGBTIQ*] Bill! “ Akosua Twinwaah Amponsah says.

Zoe has patriarchy in her sights. Lineo’s biggest concern is populism.

The conversations stitch together points on the map. These young people push against the boundaries placed between socially constructed gender, desire and lived experience.  Shhhh: listen. Hear them dream.

Clementine Burnley
Clementine E Burnley is a feminist migrant mother, writer and community organiser. She lives in Edinburgh. Her work has appeared or is upcoming in Magma, the Poetry Review and The Centifictionist.
She's a 2021 Sky Arts Award Winner, an alumnus of Obsidian Foundation and a 2021 Edwin Morgan Second Life Grantee.
You can find out more here.
twitter @decolonialheart or IG @Ewokila 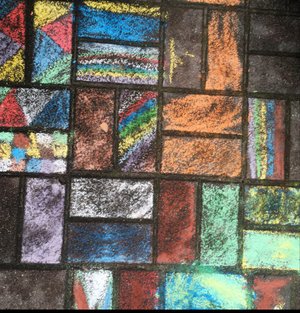 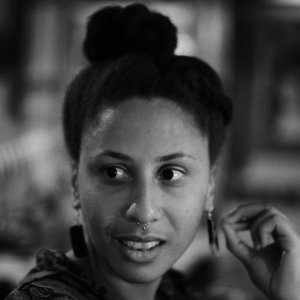 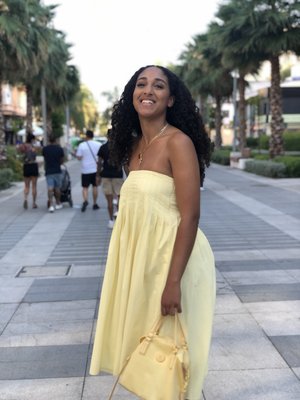 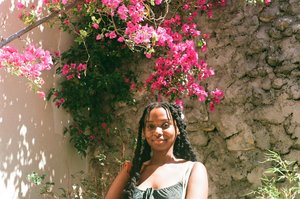 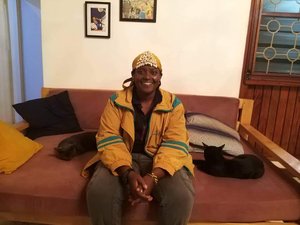 These podcasts were created as part of the project: LGBTIQ Human Rights Defenders by Hirschfeld Eddy Foundation. Find all articles relating to this project in our Blog here.

Find all about the project here