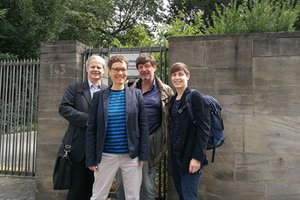 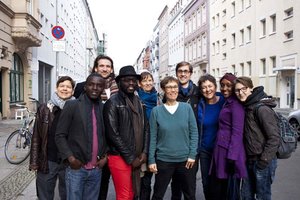 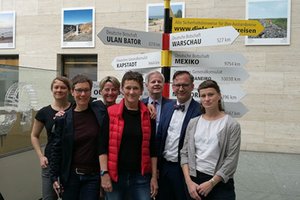 The Yogyakarta-Alliance was founded in 2012 following an initiative of Dreilinden, Hirschfeld-Eddy-Foundation, and TransInterQueer (TrIQ). Additional founding members include Discover Football and the German section of Amnesty International queeramnesty.

The name refers to the Indonesian city of Yogyakarta where international experts gathered in 2006 to draft the Yogyakarta-Principles. The Principles are an application of International Human Rights Law in relation to Sexual Orientation and Gender Identity (SOGI) and outline  what has to be done to guarantee full enjoyment of human rights for lesbian, gay, bisexual and transgender (lgbt) people.
If you have an interest in helping promote the rights of LGBTI people, you are welcome to get in touch and join us.

Members of NGOs (non-governmental organizations) are welcome to join us as well as committed individuals of all backgrounds.We would especially like to encourage members of faith based organizations in the cooperative development cooperation, of migrant and diasporic organisations based here in Germany to join the Yogyakarta-Alliance. We meet in person at regular intervals in Berlin.

If you need more information or would like to attend one of our meetings, please don´t hesitate to contact Sarah Kohrt, Platform LGBTI-rights at Hirschfeld-Eddy-Foundation and the Yogyakarta-Alliance´s coordinator.