If an international ministerial is convened to discuss a single human right, that must be a very special human right indeed. All the more so if the ministerial is hosted by the US government, which otherwise keeps its distance from such gatherings. In 2018 the US withdrew from the UN Human Rights Council, and has recently stopped funding the World Health Organization (and is even obstructing the work of the World Trade Organization). However, Washington has now held two international “Ministerials to Advance Religious Freedom”, in 2019 and 2018. Germany was represented by a delegation that included a state secretary from the CSU-led Ministry for Economic Development and Cooperation (BMZ).

The Hirschfeld-Eddy Foundation has therefore sent a letter to the BMZ, warning it against privileging freedom of religion above all other human rights. We also reminded the BMZ that freedom of religion includes the right not to have any religion, and that LGBTI people are regularly prevented from practicing their religions, for example when they are unwelcome at churches. 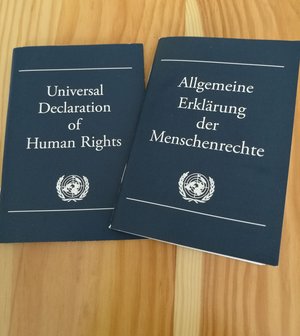 In 2019 the Trump administration also founded the “Commission on Unalienable Rights”, whose purpose is to examine the role of human rights in US foreign policy. To be exact: according to Secretary of State Mike Pompeo this commission should determine which human rights are inalienable and which are not. Just a minute – the preamble to the Universal Declaration of Human Rights states that all rights are “equal and inalienable”. And the entire point of human rights is to serve as a check on government action, not the other way around.

Freedom of religion is enshrined in article 18 of the Universal Declaration of Human Rights and anchored in other international agreements. It is one of the most hotly debated human rights. Thus far primarily Pakistan and Russia have been devoting intensive efforts in UN bodies to limiting other human rights in the name of religion, such as freedom of expression (article 19) and the universal entitlement to human rights without distinction (article 2). It would be a dramatic development if the US joined their ranks. ”Freedom of religion is sometimes mistaken for functioning like a stop sign,” writes Heiner Bielefeldt, a former UN Special Rapporteur on Freedom of Religion or Belief. 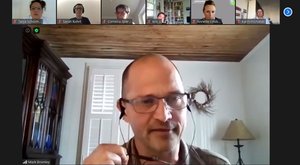 Our partners in the USA have already mounted a defense. In March, the Council for Global Equality (CGE) filed a lawsuit in federal court in the state of New York against the Trump administration. The suit contends that the Commission on Unalienable Rights and its agenda violate the Federal Advisory Committee Act and undercut the recognized system of human rights. In the words of Julie Dorf from the CGE: “Pompeo’s clear interest is to undermine the growing consensus that universally accepted human rights can be claimed by all vulnerable minorities, including LGBTI people and women who wish to control their own bodies. (…)The State Department plans to translate their report into six languages, clearly showing their intent to influence other countries’ human rights policies in this regressive manner, circumventing all existing multilateral human rights mechanisms. A truly unilateral America-only move to appease the ultra-conservatives in the United States.” 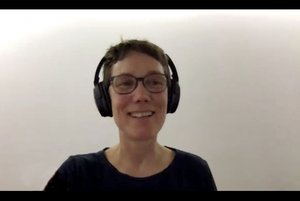 In late April the Lesbian and Gay Federation in Germany (LSVD) and countless other organizations signed a petition to the State Department expressing concern about the administration’s reinterpretation of the international system of human rights.

This is no purely academic matter, but rather a very dangerous development with dramatic consequences. The membership of the Commission on Unalienable Rights clearly reflects its agenda: against sexual and reproductive health and rights, and against recognition of LGBTI human rights. The commission’s name itself is Newspeak, to borrow the Orwellian term. Far from focusing on “unalienable rights”, it is more interested in limiting human rights. In July this dangerous body is expected to publish its recommendations, which US foreign policy would presumably follow. We hope that the lawsuit by the Council for Global Equality succeeds in preventing that.

Hirschfeld-Eddy-Foundation cordially invites you to a Web-talk with Mark Bromley, Chair of the Council for Global Equality (CGE) about the Trump adminstration´s attempt to redefine Human Rights.

“Pompeo’s clear interest is to undermine the growing consensus that universally accepted human rights can be claimed by all vulnerable minorities, including LGBTI people and women who wish to control their own bodies.” Julie Dorf, Council for Global Equality

Until recently, clear progress had been made in the movement towards women´s rights and the human rights of LGBTI people. In the UN and other multilateral institutions the United States had a global leadership role regarding the rights of LGBTI people. Along with other states, the US always voted in favor of these rights. But now the U.S. appears to have changed sides.

US Secretary of State Mike Pompeo has installed a Commission whose aim is to reconsider human rights. This “Commission on Unalienable Rights” has now published its report. And this report will have considerable effects on American foreign policy. The commission is just one example for a global backlash against women´s rights and the rights of LGBTI people and has not yet gained much attention.

Why is this dangerous for women´s rights and the rights of LGBTI people? We will discuss with Mark Bromley, chair of the Council for Global Equality the contents and the international consequences of the report and will ask how to counter the backlash. The Council for Global Equality (CGE), a coalition of 30 US NGOs, has filed a lawsuit against the Trump administration.

All registered participants will receive the Zoom-Link a few hours before the event on the same day.  This Web-event will take place in English and is aimed at activists, students, scholars, everyone with an interest in international relations and human rights for LGBTI people.