Some religious leaders blame LGBTI* for the pandemic

This article covers a side event organised by GIN-SSOGIE at the UN Human Rights Council on “Using inclusive narratives around faith and tradition to support human rights advocacy on the continent”.

In numerous countries, the Covid-19 pandemic is being used by political and religious leaders as a tool to further propagate homophobic and transphobic messaging. LGBTIQ communities globally are therefore put at an increased risk of discrimination, violence and the denial of vital services.

In a dialogue titled “The impact of faith on LGBTI people during the COVID-19 pandemic”, representatives of civil society organisations discussed both personal and regional experiences and the impact of harmful conservative rhetoric and practices as well as ways to resist it in order to bring about inclusive systemic change. 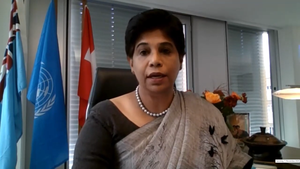 The dialogue — a side event at the 45th session of the Human Rights Council. “A common rhetoric has been to shift blame on people of diverse sexual orientation, gender identities and/or expressions for natural disasters, saying that their sinful ways have brought about God’s wrath on the people in the form of … the Covid-19 pandemic,” Ambassador Shamim Khan, permanent representative of the Republic of Fiji at the United Nations, said in her opening address.

Khan added that Fiji’s constitution protects against discrimination on the basis of sex and gender as well as on the basis of sexual orientation and gender identity and expression. “However,” Khan said, “attitudes which demonize LGBTIQ are often hard to shift and dislodge in communities in Fiji which are fixed to conservative and traditional reliant based, yet the work done so far demonstrates that shifts are not impossible and that the commitment of the leaders of churches is crucial to teaching equality, dignity and love from the pulpit.”

Khan added it was incumbent on religious leaders to push for inclusivity of LGBTIQ people, particularly during the global Covid-19 pandemic. “Without leadership, and specifically the leadership of faith leaders, on an issue which is often projected as a moral or religious issue, the building of a just society which is inclusive and which ensures the full participation of the sexual and gender minorities will not be achieved. And during the Covid-19 pandemic, such leadership, building of dialogue and understanding, is even more crucial.” 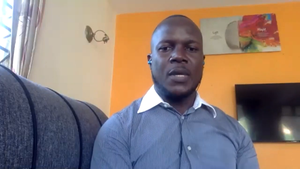 Ishmael Bahati is the co-founder and Executive Director of PEMA Kenya, an organization which works to protect the human rights of gender and sexual minorities as well as a board member in the Gay and Lesbian Coalition of Kenya (GALCK). Bahati said that while some religious leaders across the East African country had shown support to LGBTIQ communities, there was a still a great deal of discrimination and violence faced by LGBTIQ communities — and that much of this discrimination was driven by conservative religious view.

Bahati added, however: “In some communities in Africa, they still hold on the myth that homosexuality is an imported Western culture, even when there is enough proof that homosexuality existed in Africa way before colonialism, and that homophobia in itself is in fact imported to Africa. This has resulted in ex-communication and rejection of the LGBTIQ persons by families holding onto punitive colonial rules. This has seen the increase of LGBTIQ refugees including in my own country Kenya, where we have over 200 LGBTIQ refugees who live in pathetic and deplorable situations with no access to basic needs, such as specific LGBTIQ health services. The hostility in the camps against the LGBTIQ community is on another level, with attacks being the order of the day — and the little [possessions] and shelter they have being destroyed every now and then. These attacks have been justified by religious refugees who believe that by punishing their LGBTIQ counterparts, they are doing religion a favour.”

Anwar Ogrm, a transgender Muslim activist based in France, works as a community building officer with trans rights organisation, Transgender Europe (TGEU). Speaking on the impact of Covid-19 on transgender persons — and how the anti-rights faith-based rhetoric is used against sexual and gender minority communities — Ogrm said that the trans communities TGEU are working with in Europe and Central Asia are disproportionately affected by Covid-19, and will continue to be affected by its aftermath.

“We can already see clearly that those who are the most marginalized are out of a job, experiencing homelessness, forced to shelter with abusive relatives and so on. Many community members have been reporting that they need very basic necessities such as food, toiletries and medical supplies, especially during lockdown periods. The current pandemic is emphasizing the structural inequalities our societies are based on and how these are impacting the most marginalized communities. And in the case of transgender people, this impact is felt more severely by trans people who are homeless, sex workers, disabled, refugees, asylum seekers, the poor and/or elderly.”

Adding that trans communities are also affected by the political impacts of the crisis, Ogrm highlighted how Covid-19 has been used as an opportunity for the anti-gender movement to use anti-rights faith-based rhetoric against trans people’s rights.

“Some governments are using the pandemic as an excuse for violating trans people’s human rights. Since the beginning of the outbreak, around March 2020, we are witnessing a series of major rollbacks in the recognition and protection of trans people in the region. We are documenting signs of a wide range of political and legal rollbacks, all leading towards more systematic discrimination against trans people. To name only a few, the outlaw of legal gender recognition in Hungary [and] the amendment on the age limit to access legal gender recognition from 18 to 21 years old in Kazakhstan. This is the result of a dangerous radicalization of what we call ‘the anti-gender movement’, meaning that most of these rollbacks have been pushed by political groups or parties who draw their resources from coalitions of conservative and religious forces spreading hateful discourses using faith-based rhetoric and blaming trans people for Covid-19. We need the UN itself to step up and stop this conservative rollback.”

Ogrm added that while these rollbacks on rights were important to highlight, it was equally important to keep in mind the “positive queer-led and faith-based narratives we rarely hear about”. “I do believe that faith provides us with tools to support our struggles and enables us to rise up against oppression,” Ogrm said, adding that there was a strongly supported narrative in France which framed religion and trans identity as incompatible, depicting Muslim people as barbaric homophobic and transphobic people that “we queer and trans Muslims have to be protected against”.

Ogrm added: “We need the UN to firmly stand against racism and Islamophobic discourses in Western countries, and focus on the concrete challenges and violence our queer and trans communities are facing.”

Conservative voices tend to be the most publicised 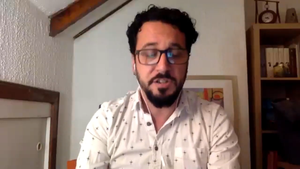 Nicolás Panotto, a theologian based in Chile, is the director and founder of the Group for Multidisciplinary Studies on Religion and Public Advocacy (GEMRIP). Speaking on what tools are needed for the construction of a narrative that would protect us into the future — and what the place of religion was in this — Panotto said: “We need to make visible all the religious voices within civil society. Unfortunately, the most publicised voices tend to be the most conservative, which gives a distorted image of the religious world, since it leaves out an important set of other positions, discourses and practices committed to the values of plurality, diversity and inclusion.” 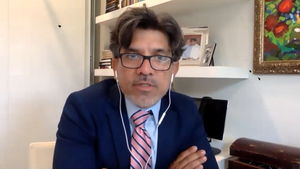 In concluding the dialogue, Victor Madrigal-Borloz, the UN Independent Expert on violence and discrimination based on sexual orientation and gender identity, said there is “a mediated reconstruction of meaning and perception around culture, crime, sexual orientation and gender identity through the presentation and representation in the realm of sound bites, shock images, news conferences and newspaper headlines that creates a mediated spiral generating images which try to demonstrate that LGBTQ and gender diverse person are fundamentally immoral. This idea is of course not new but it is instrumentalized in the context of the pandemic to create a new echo chamber of that message.”

Attacks on the community, indirect discrimination and structural inequality

Madrigal-Borloz added that there are three fundamental impacts of the pandemic to be concerned about: direct attacks that have been using the pandemic as an excuse to further attack the community, indirect discrimination and structural inequality.

A recent report by the Special Rapporteur on Freedom of Religion and Belief found that religious groups may have a role in perpetuating norms that promote gender inequitable attitudes and that this is a complex phenomenon, because religious communities themselves are not monolithic.

“A multitude of voices exist within religious groups and institutions including faith-based organisations who work from the point of view of inclusion. But there is a vigorous framework that ensures that even within religious organisations there would be no trespassing into the rights of others. And the idea of course is that freedom of religion and belief is not absolute. It does have a limitation in the particular discrimination risk of others. Institutional autonomy does not extend to state deference to harmful discriminatory gender norms.”

Carl Collison is a freelance journalist, photographer and film-maker, who focuses specifically on producing LGBTIQ-related content from across Africa. He was shortlisted for the 2018 Gerald Kraak Award and Anthology, which celebrates excellence in queer writing and photography from across Africa. This year, he was included in Exit magazine’s list of Queer Warriors, a list made of 20 people globally who are fighting for achieving queer liberation on the African continent.

This event took place during the 45th session of the Human Rights Council, on Monday, September 28th 2020